Part of our Nashville’s Not Just Country Series

Ken Stewart is from The Bronx, NY and has called North Nashville home for the last 30 years. He is an IT professional by trade with companies including, IBM. He is now chosing to give back after retirement in a very extraordinary way by shaping the lives of Nashville youth through aquatics and maritime archaeology. He established the Tennessee Aquatics Project (TAP) and later Diving With A Purpose (DWP), a non-profit organization connecting recreational scuba diving to the tenets of STEM. His efforts are currently recognized and displayed in the new National Museum of African-American History and Culture in D.C. for the work both DWPers and YDWPers (as Ken refers to his community of participants) did with the Slave Wreck Project. Chatting with Ken was a true blessing, as I felt I was literally hearing about true history in the making from an even more genuine soul. In this age, you are hard pressed to run into people who are selfless and are driven by the betterment of the human experience.

When Ken decided to take up scuba diving, he realized it was an experience that could and should be shared in the city he called home. So he sat out to do that by first creating the Tennessee Aquatics Project (TAP). First named the Aqua Project, the organization crafted a vision to help inner city and at-risk youth learn about themselves along with the environment around them and the community where they live through the use of aquatics and travel. This organization would lead him to create Diving With A Purpose, which allows youth after they participate in TAP a chance to take part in real-time marine expeditions including treks like finding the slave ship remains of the “Guerrero”, which wrecked in the Key Largo area in 1827. Diving With A Purpose has been captured in a recent documentary that he is seeking to enter into several film festivals this year and his efforts are now on display within the acclaimed National Museum of African-American History and Culture in Washington D.C.

It was also  great confirmation that community and the spirit of collaboration are certainly alive and well in Music City. You see, I was introduced to Ken by Hazel Joyner Smith, founder of the International Black Film Festival of Nashville (IBFF), with whom I connected  through Sarah Patton one of our other Nashville’s Not Just Country stories. Just a little six degrees of separation for you! 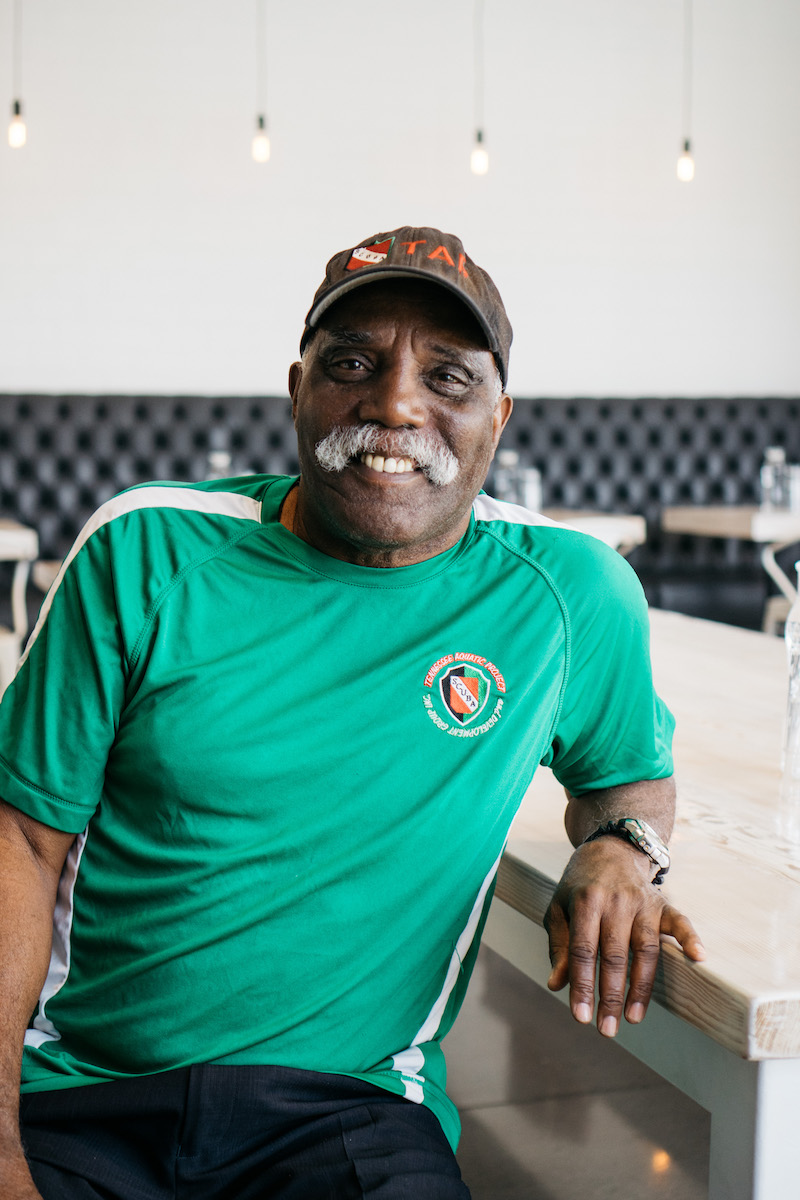 Ken started diving many years ago and became proficient at it. As a father of two sons, he was involved in athletics and youth development through coaching and support. So, when he began sharing what he was looking to do with TAP, he was surprised at the initial resistance, as this was not the norm for some of the kids with whom he was seeking to connect. However, he was able to attract the inaugural kids to be a part of the initial program. TAP officially started in 1995 in Nashville with a mission to give youth a 360 degree approach to living  their best life and as he shares, “Diving was just a natural way to do it”. He has worked with Whites Creek, Hunters Lane and Pearl Cohn high schools to identify students each year to participate in the program.  TAP has helped over 25+ youth each year since its inception. Meeting at Hartman Park throughout the year, the program teaches everything from swimming, community service to wilderness survival and after one year students are introduced to diving. As Ken shares, “TAP is a commitment to your child and they also have to then show commitment before they can be introduced  to diving”. Youth are also exposed to wilderness survival and as Ken adamantly states “it is not camping, it is about survival”. During this part of the TAP program youth are taken out to Bell State Park, where they learn how to build a fire, survival tactics and more. As he jokes, “I have had kids bring their mini air conditioners on the trip which is fine”. He then shares, “we slowly remove these comforts during the outing to teach them core survival tactics”. 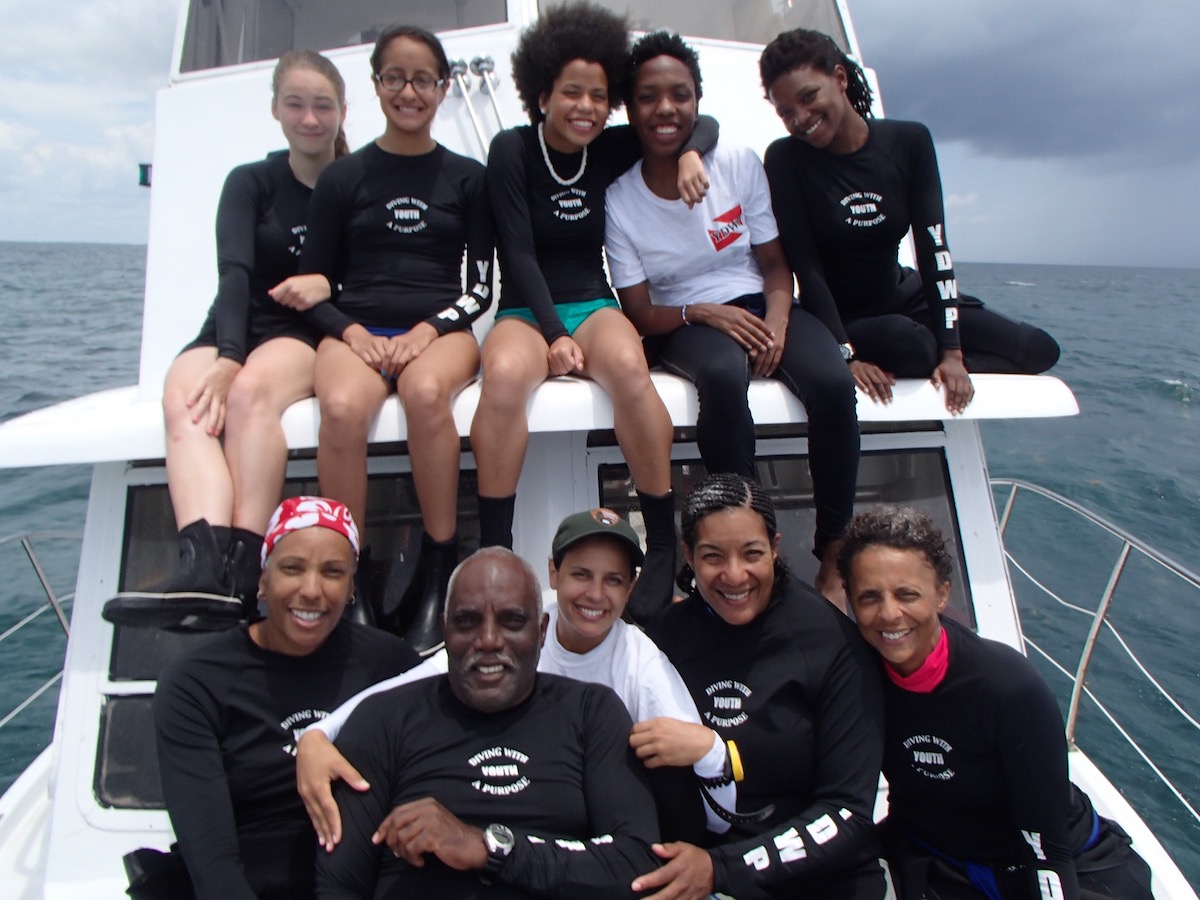 Addressing the whole person is a key mantra Ken intertwines into his programs. He feels it is important to help kids develop their character while teaching them about scuba diving. Each student has to maintain a GPA requirement and a certain number of community service hours. This intentionality has allowed TAP to have a 100% high school graduation for their participating students and 80% college graduation. As Ken shares, “my hope is that when each child leaves the program they will retain their commitment to community service”. Those are impactful stats for any organization large or small. They will also begin another program year this summer if there are any parents interested in getting their child involved.

Preserving History Through The Ocean

During his time developing TAP, Ken was a member of the National Association of Black Scuba Divers and his involvement with the organization is what led him to become a part of the Guerrero Documentary Project. This project focused on finding the Guerrero Slave Ship, which was documented to have wrecked carrying 561 Africans back in 1827 off the coast of Biscayne National Park. As he shared, “I received a call from the director of the Guerrero documentary project wanting to know if I knew of any black scuba divers and as he quickly shared rhetorically, “Do I know any black divers…” He immediately got to work on emailing his network and was able to secure several participants for the film. The screening of the documentary was actually held in Nashville to a sold out show at The Belcourt Theatre in 2004. 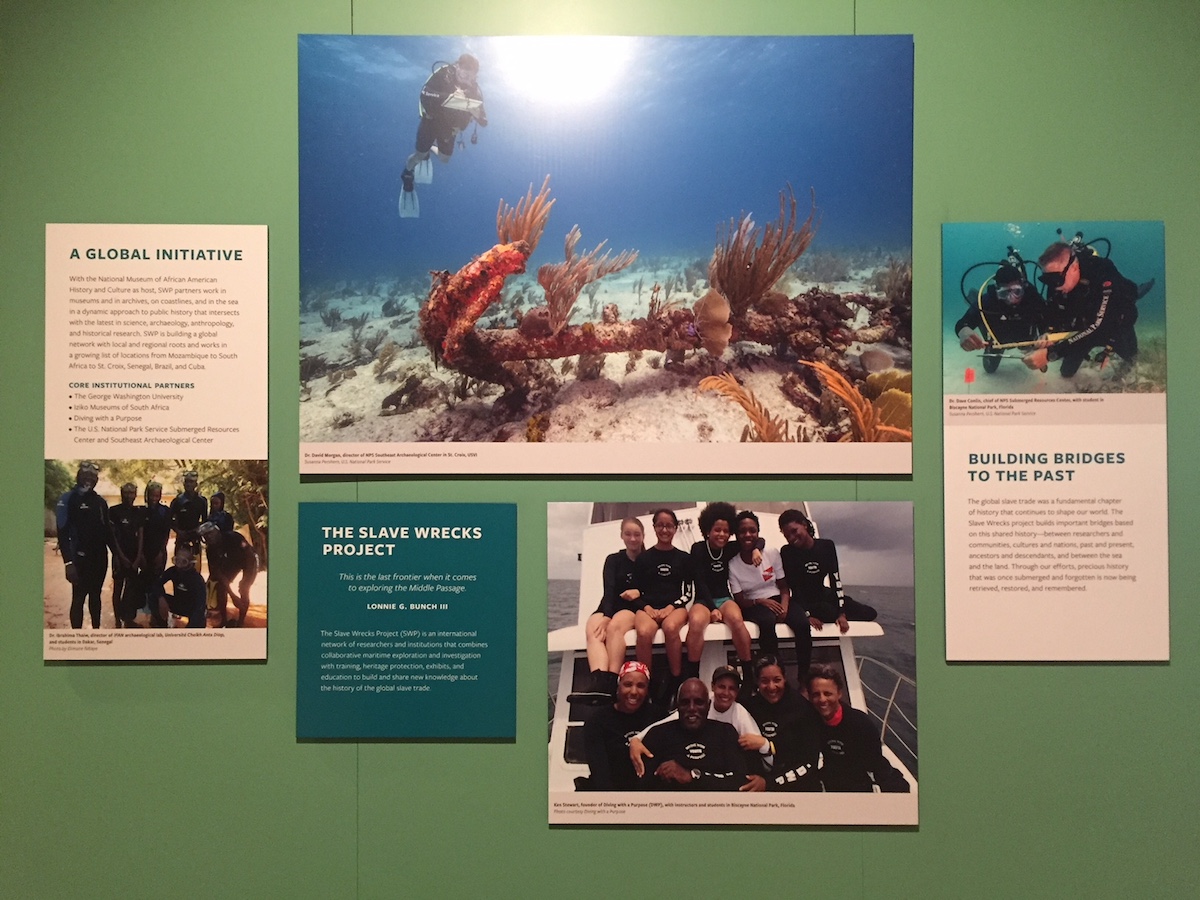 Through this documentary experience he connected with Brenda Lanzendorf, a maritime archaeologist. As Ken shares, “I was not familiar with maritime archaeology at this time”. He was able to learn about their program and efforts to seek out slave shipwrecks and other historical artifacts buried in the sea. This is also when he realized that during his excursions over the last several years,  young people could actually participate in these diving experiences. YDWP (Youth Diving With A Purpose) was then formed and is now a week long program where youth learn basic tenets of archaeology and all the things needed to document the discovery of shipwrecks and artifacts as a Master Scuba Diver. Talk about mind blown, to know these young people are literally having an opportunity to be a part of history while growing their own skill set in science, technology, engineering and mathematics (STEM). He has also added in a Coral Reef Program, which as Ken shares, “teaches young people to be great stewards of the ocean”. Over the last 6 years he has brought young people out over 17 times to the Keys in partnership with the US National Park Services to plant coral. As he adds, “I want to show that African-Americans care about this planet and want to give back”.

Hearing Ken’s story left me with an amazing feeling and sense of excitement to know all of this African-American history and preservation endeavors through aquatics was taking place in Nashville.

This is why Urbaanite was birthed, why our Nashville’s Not Just Country series was needed and why we will continue to share stories that embody all  this growing city has to offer.

SIGN UP TO RECEIVE THE LATEST NASHVILLE STORIES FROM URBAANITE IN YOUR INBOX!

Written By
Ashley
More from Ashley
We sat down with Dr. Aleta Simmons, the only dermatologist in Nashville...
Read More