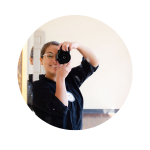 Itzel Gonzalez is a mother and founder of REDG Children Photography. Born in Mexico (Tampico) and raised in South Nashville for over 20 years.

Growing up in South Nashville, I have always been around Latinos and we never celebrated Cinco de Mayo. I actually did not realize it was a thing until I became an adult and saw restaurants promoting Cinco de Mayo, margarita deals, etc.

Cinco de Mayo represents the victory of the Mexican Army over the French Empire at the Battle of Puebla on May 5, 1862 and it is mostly a significant event within the state of Puebla in Mexico. The battle of Puebla embodies the spirit of fighting as the underdog versus just tacos and margaritas. Cinco de Mayo does not represent Mexican Independence Day.

Cinco de Mayo represents the victory of the Mexican Army over the French Empire at the Battle of Puebla on May 5, 1862

Now with that being said, does it make it wrong to want to drink margaritas and eat tacos on May 5th, 2020? Well it all depends on who you ask. In my personal experience most Mexicans don’t really care, they are too busy trying to work and survive.

Then you have some who say it’s an “American Made” holiday, focused on giving those who want to indulge, an excuse just to day drink. Honestly as a Mexican and small business owner, I feel like people should have the right to celebrate if they choose. I do think celebrating should be a little more intentional. There are opportunities to support Nashville Latino owned businesses and if you want to turn up, drink and buy tacos from these local establishments, too…go for it. Just remember being respectful other people’s culture is free and one that can be done with grace.

1.)   7 Mares on Richards Rd, their to go fajitas and margarita are bomb

Written By
Itzel Gonzalez
More from Itzel Gonzalez
"Growing up in South Nashville, I have always been around Latinos and...
Read More