During his time visiting Nashville, Dr. Martin Luther King Jr. said “I came to Nashville not to bring inspiration, but to gain inspiration from the great movement that has taken place in this community.” The late civil rights leader recognized the vast activism and steadfastness that rang throughout the city as students protested at lunch counters and intellectuals traveled to Fisk University to band together and fight for justice. As Martin Luther King Day approaches, we wanted to take a moment to reflect on Dr. King’s legacy of motivation and valor in the historic city of Nashville.

On April 21, 1960, over 4,000 eager listeners, mostly African American, gathered in the Fisk University gymnasium to listen to Dr. King speak. After battling evacuations and scheduling delays due to bomb threats, Dr. King urged the sit-in movements to continue in the city saying “the movement here is the best organized and best disciplined of all the movements in the Southland today.” He applauded the young students’ understanding of the nonviolence philosophy and assured them that “the only thing uncertain about the end of segregation is the day it will be buried.”

Dr. King spoke at Vanderbilt’s IMPACT Symposium of 1967 where the theme of that year’s conference addressed the ever-rising racial tensions in the United States. Dr. King spoke on a Friday night and was followed by Black power activist Stokeley Carmichael. Newspapers raved about the stark differences in the speakers’ remarks as King appeared to be the “safe” option for white audiences and Carmichael appealed to the young Black student population. Former Vanderbilt students who were able to attend the symposium cite that weekend as a pivotal moment in Vanderbilt history.

On December 27, 1962, Dr. King along with several other ministers gathered in the newly-built University of Vanderbilt Law School auditorium for a conference entitled “The Ethics of Integration.” Dr. King spoke on the importance of the law in the desegregation effort. The Reverend stated, “let us not be misled by those who argue that segregation cannot be ended by the force of law.” To Dr. King, the law played an essential role in legally ending desegregation to allow for opposing bodies to come together in the same spaces to collaborate and find common ground. This speech was nearly buried in the law school’s archives and only referenced in Dr. King’s collection of writings, A Testament of Hope, as “a church conference in Nashville.” The speech, titled “The Ethical Demands for Integration,” is now memorialized by a plaque in the law school.

On the final day of the Conference on Christian Faith and Human Relations, Dr. King addressed the audience with “The Role of the Church in Facing the Nation’s Chief Moral Dilemma.” This speech, although not delivered in Nashville, was sponsored by the Tennessee Council of Churches. The highly-esteemed minister spoke to fellow church leaders on the role of religious organizations in easing racial tensions. He advised the conference attendees to be unyielding in the face of the “evils of segregation” and outlined the reasons why “every Christian is confronted with the basic responsibility of working courageously for a non-segregated society.”

The Black Owned Businesses To Know In Nashville 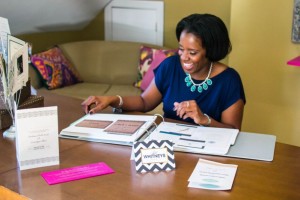